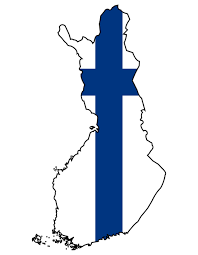 Yes, this title is intentionally a bit “provocative”—especially for my friends in Norway, Sweden and Denmark—as there have been a number of interesting edtech developments in each of these countries, especially in the last year or two. But at least based on my own experience, and what I know right now, I still think that Finland might rightfully claim to have been, and still be, the Nordic edtech trailblazer. Below, I will include at least some of the reasons for why our Finnish friends could make this claim, but first I have to make a “full disclosure” and admit that even though I am of Norwegian descent (left Norway for Silicon Valley when I was 18), most of my edtech work (outside of Silicon Valley) has been in Finland (especially for Tekes), so this is the Nordic country I know best when it comes to edtech. I expect, and hope, that my friends and others in Norway, Sweden and Denmark (and perhaps even Iceland) will argue their case for why they perhaps are catching up with the Finns, perhaps especially when it comes to having edtech companies that are growing rapidly in domestic, regional or global markets.

So what are the “facts” about the edtech scene in Finland that seem to put it ahead of the pack in the Nordic region? Here are a few of the most interesting developments in recent years that have contributed to Finland’s edtech prowess—at least in terms of having a vibrant edtech ecosystem:

“Overall, we have a rapidly expanding pre-incubator program at the Oulu University of Applied Sciences called Oamk LABs (oamk.fi/labs). Growing from our original LAB – Oulu Game LAB – which focuses on the creation of multidisciplinary teams to build prototypes, products and then start-ups targeting the global games industry, we have now included two more LABs: one that focuses on industries such as health technology and energy / environment (DevLAB) and then another that focuses on the global education technology industry (EduLAB). All these LABs are taught in English and are full-time, 5 month educational programs. The ultimate goal is to create new start-ups that have a beta product and want to find seed funding and further clients, and expand to become a viable business. Usually after 10 months in our program (two successive LABs), new start-ups have been formed and are often ready to join accelerator programs.”

We hope to soon have guest postings on our blog from Sweden and Norway, so in the next week or two, you will hopefully learn more about what is going on in these countries, and we will also hopefully have another guest post by Blair Stevenson, so we can learn more about the programs and activities in Oulu, and learn a bit more about what form the collaboration may take between Oulu University of Applied Sciences and xEDU. So, stay tuned. The Nordic edtech scene is evolving and the ecosystem is growing bigger and more vibrant. Please let us know, either by commenting on this post, or go to the Discussion Forum and contribute your thoughts, comments and observations.